Welcome Alumni of Wissahickon High School! The school district is excited to offer opportunities for all alumni of Wissahickon High School to stay in touch and work together to build a strong Trojan community that links our past, present and future. Keep reading to learn more about how to stay connected and get involved in alumni and school district events and activities.

Ways for Alumni to Get Involved

1. Join the Wissahickon Alumni Network! Provide your contact information to stay in touch. We will share news about events and activities, alumni updates, and volunteer opportunities.

2. Connect with us on LinkedIn!

3. Volunteer with the Wissahickon Alumni Network:

4. Subscribe to the quarterly e-newsletter - Wiss Nation - for alumni news and more!

WHS Alumni Association: The Wissahickon High School Alumni Association was in operation from 1986-2003 and then it was discontinued from 2004 - 2012. It was reinstated in 2012 until 2015 before becoming defunct again. Alumni activities are currently organized through WHS and the WSD Communications Department.

Hall of Fame: In 2016, Wissahickon High School re-established the Alumni Hall of Fame to honor Wissahickon/Ambler alumni with exemplary achievements in the areas of post-graduate career accomplishments; leadership within career organizations/industries; community service and voluntary leadership in their community; prior recognition and honors; and/or innovative accomplishments. Alumni are inducted to the Hall of Fame in October each year. 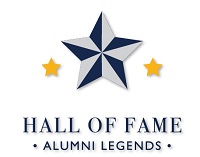 
View the 2021 Hall of Fame Inductees