Wissahickon High School honored six (6) alumni for outstanding contributions in post-graduate athletics, academics, professional or lifetime achievements and/or community service in the Wissahickon community and beyond at the 2019 Alumni Hall of Fame Induction on October 18, 2019. Inductees included: 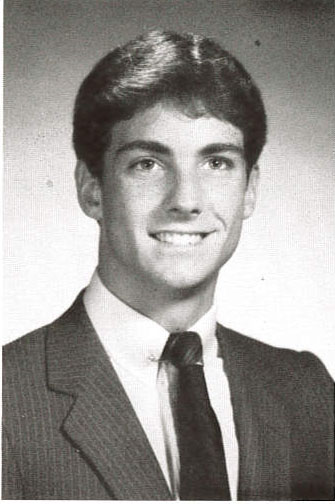 Mr. Thomas Boehning is the proud CEO of Optum360, the largest revenue cycle management organization in the healthcare industry in the United States. Tom, along with his older sister Robin, and younger brother Darren are all products of the Wissahickon School District, having attended Blue Bell Elementary, Shady Grove Elementary, Wissahickon Middle and High Schools. During his high school tenure, he participated in soccer and lacrosse. He served as a student leader as a member of the Varsity Club and Class Officers.

Tom earned his bachelor’s degree in economics from East Stroudsburg University in 1987. Immediately following graduation, he entered the healthcare IT industry where he quickly advanced from being a top sales executive to a top sales leader and enjoyed a career assentation. Ultimately, his career experience landed him in Washington, D.C. where he became General Manager of ADP’s Medical Claims Services business.  Following a successful stint as McKesson’s Ambulatory Services business as General Manager,

Tom earned his MBA from Penn State University Smeal College of Business, and he was inducted in the Beta Gamma Sigma Honor Society, which recognizes academic excellence in business. During that time, Tom became a General Manager at UnitedHealth Group’s Optum business, where he spent the last 13 years in positions of increased responsibility to include President of Financial Integrity and Connectivity business, and current Chief Executive Officer of Optum360, a joint venture with CommonSpirit Health and Northwell Health. In his leadership role at Optum360, he develops the vision and mission for his teams to set a tone for success. Additionally, Mr. Boehning works closely with customers and partners to create more revenue and profit for shareholders.

Mr. Boehning is active with many charities including commercial fundraising for the Juvenile Diabetes Research Foundation.  He resides in Glastonbury, CT with his wife Tina and three daughters, Carley, Lindsey and Grace. 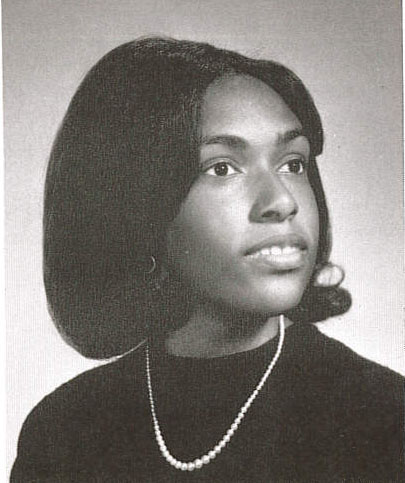 Ms. Nancy Carter is a former Federal employee with 37 years of experience who worked closely at the intersection of health, human rights, and foreign policy.  As Senior Advisor for Global Health at the U.S. Department of State, she was a lead representative to the United Nations and other international institutions, Ms. Carter worked to integrate care for HIV/AIDS, cancer, and other infectious diseases into health systems around the world.

Ms.  Carter’s expertise helped governments strengthen their health systems by advising on policies concerning the training of health personnel, public health education, expansion of access to health services, and innovations in the way these services are delivered. She also brought critical human rights issues, such as women’s and LGBT rights, to the forefront of U.S. foreign policy considerations worldwide.

At the U.S. Department of Commerce, Ms. Carter served as Senior Advisor for mobile health technologies. She spearheaded the U.S. delegation during the UN General Assembly discussions on Global Road Safety, helping to coordinate efforts to discourage texting while driving.

She was a co-founding member of the Executive Women of State, a professional organization that promotes the interests and careers of women professionals at the U.S. Department of State.

After graduating from Wissahickon High School, Ms. Dominique Earland attended Southern Methodist University (SMU) as a dual major in Human Rights and Biological Sciences. The Phi Beta Kappa Scholar garnered a host of academic awards and was involved in community service ranging from homeless rehabilitation in Houston to early education support for toddlers in Ecuador. Her engagement with underserved communities developed her interest in health equity that ultimately led her to pursue medicine and public health research with a focus on maternal-child health.

In her senior year of college, she worked to address cases of fetal and infant mortality in Texas creating a 36-page lifesaving toolkit for expecting mothers at a local hospital.

After graduation from SMU, Earland was selected to attend a two-year program at University of Maryland School of Medicine where she conducted malaria research. She also mentored middle school students to encourage their interest in STEM as part of the UMB CURE Mentorship Program.

In August 2019, Earland began the MD, PHD program at the University of Minnesota. As a physician scientist, she plans to pursue epidemiology research and provide medical care to improve maternal-child health. 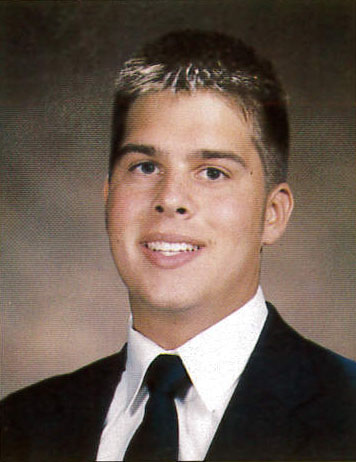 Mr. Donald Hooton, Jr. serves as President of Education for the Taylor Hooton Foundation, the national leader in the fight against the use of anabolic steroids and other appearance and performance enhancing substances. He and his father founded the charity in 2004 just one year after the loss of his brother to anabolic steroid use.  In this capacity, he leads the organization’s education programs and serves as a spokesperson and role model in the fight against these dangerous substances.

He is one the most sought after speakers in North America on the subject of appearance and performance enhancing substance use. He has appeared on many national and international television and radio programs including CBS 60 Minutes, ESPN, Sports Illustrated and others.

The Hooton Foundation’s All Me Assembly program has been presented directly to almost a million young people, coaches, parents and other adult influencers in middle and high schools and universities across the U.S., Canada, and Latin America as well as U.S. Olympic Committee athletes.

In partnership with Professional Baseball Athletic Trainers (PBATS), Major League Baseball and the National Football League, the Foundation presents to young people in all 30 MLB parks every summer and a number of NFL stadiums. 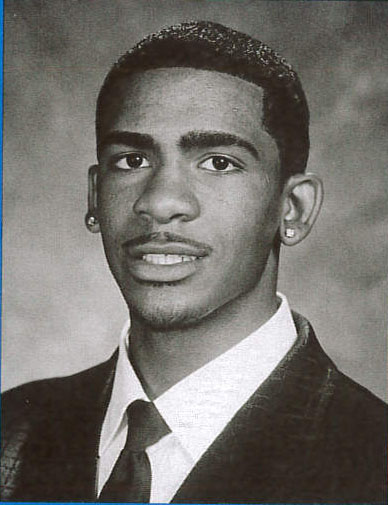 Mr. Tim Johnson was an all-star student-athlete on and off the field at Wissahickon. He played on the varsity teams for basketball, football, and baseball. After graduation, Tim participated in the amateur Major League Baseball draft where he was drafted in the seventh round to the minor league team of the Houston Astros. As a shortstop, he played four seasons with the Houston Astros minor league teams, one season with the Camden Riversharks, and two seasons with the Bridgeport Bluefish.

The biggest challenge for his transition to a professional athlete is how often you are playing and practicing the game. “You go from playing three to four games per week in high school to playing games almost every night during the season and then conditioning your body to keep it healthy all year long,” he said.

After his professional baseball career, Tim returned home to Ambler where he serves as the Director of Instruction at the Ambler Sports Academy. He teaches children and young adults the fundamentals of baseball – hitting, pitching, fielding, defense, etc. Tim also teaches through private one on one sessions and group trainings, including the Wissahickon High School Baseball team. He supports the Wissahickon High School Baseball team to help them prepare for the season each year. Additionally, he serves as the Head Coach of the 13U travel team out of the Academy – Ambler Boilermakers.

Tim appreciates that he was able to return to his home and continue with his love of baseball. He is a remarkable coach and role model for the Wissahickon community who teaches not only the fundamentals of the sport but also how to be a well-rounded person. 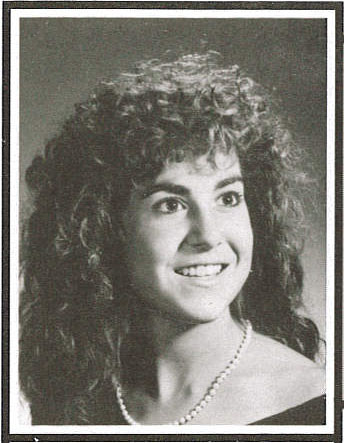 Ms. Kara Raiguel is the President and Chief Executive Officer of General Re Corporation, a Berkshire Hathaway company, having joined in May 2016. During her time at Wissahickon, Kara was a three-sport athlete playing basketball, field hockey and lacrosse during all four years of high school. Kara served as a captain of the field hockey team during her senior year. She also participated in the Foreign Exchange Club, Key Club, OMNI and Varsity Club. Ms. Raiguel was a staff writer for the Trojan Times. She was inducted into the National Honor Society in her junior year.

Previously, Kara was Vice President at Berkshire Hathaway's Reinsurance Division in Stamford, CT where she was involved with pricing loss portfolio transfers and acquisitions as well as prospecting reinsurance and insurance opportunities.

Kara began her career in 1994 with CIGNA Property & Casualty in Philadelphia, PA joining the Berkshire Hathaway Group in 2001. She obtained an undergraduate degree in mathematics from Ursinus College and is a Fellow of the Casualty Actuarial Society. In 2018, Reactions Magazine recognized Ms. Raiguel as the North American Reinsurance CEO of the Year.

She is a Champion level sponsor of the MYCARDITIS foundation among other charity work contributed anonymously.